In the last couple of years, I started using Shelfari and Goodreads to track the books I read. (Though I still keep a handwritten list in a notebook too!—just a little OCD there. And I use them both because Goodreads links to Facebook more easily, but Shelfari lets me track multiple readings better. Maybe a lot OCD, come to think of it.). I like seeing the covers lined up on my virtual shelves, especially when I’ve read the book on my Kindle, and then it’s super fun at the end of the year when the site emails your statistics:

But then you also get this kind of depressing thing:

You’ve read 59 books this year. Last year you read 70 books, so you’re behind your pace.

In a rather roundabout way, it reminds me of that Monty Python novel writing skit, with the sports announcer calling Thomas Hardy’s new novel: “Thomas Hardy here on the first day of his new novel has crossed out the only word he’s written so far, and he’s gazing off into space!” It’s true that it’s not very exciting to watch somebody write (one day I actually ended up with a NEGATIVE word count), but I love this silly and wonderful quantifying of our relationship to words and books.

I reread a LOT, partly because I usually read at night when I’m pretty tired, and it’s hard to get the energy up to read something new or demanding after spending all day in class and meetings and grading. Mostly, though, I just love to reread a book I loved the first time around; it feels like visiting old friends. I just looked at my Shelfari listing for Elizabeth Kostova’s The Historian and found I’ve read it four times since it was published in 2005. This year for the first time I read all seven Harry Potter books back to back. And then out of sick curiosity, I totaled up how many times I’ve read one or the other of the HP books: 38. (Whoa.)

At the end of the year, though, when I think about what I’ve read, I tend to think first of the new books, things I hadn’t read before. So here are the books I found most interesting in 2013 (well, and also The Historian), and here’s hoping I have time to squeeze in one or two more before January! 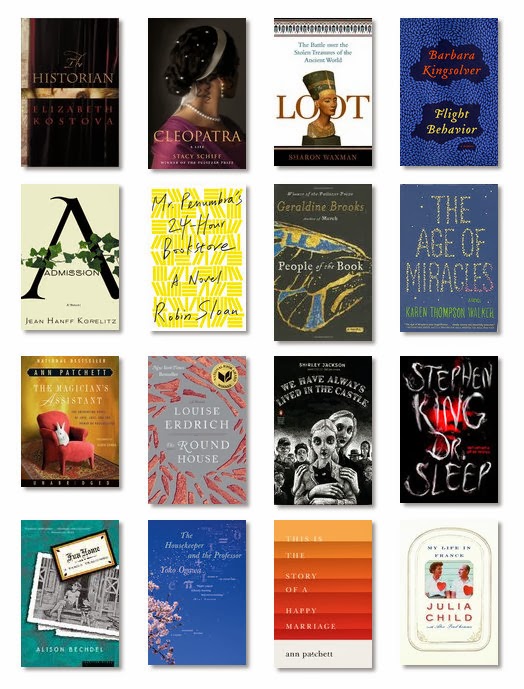